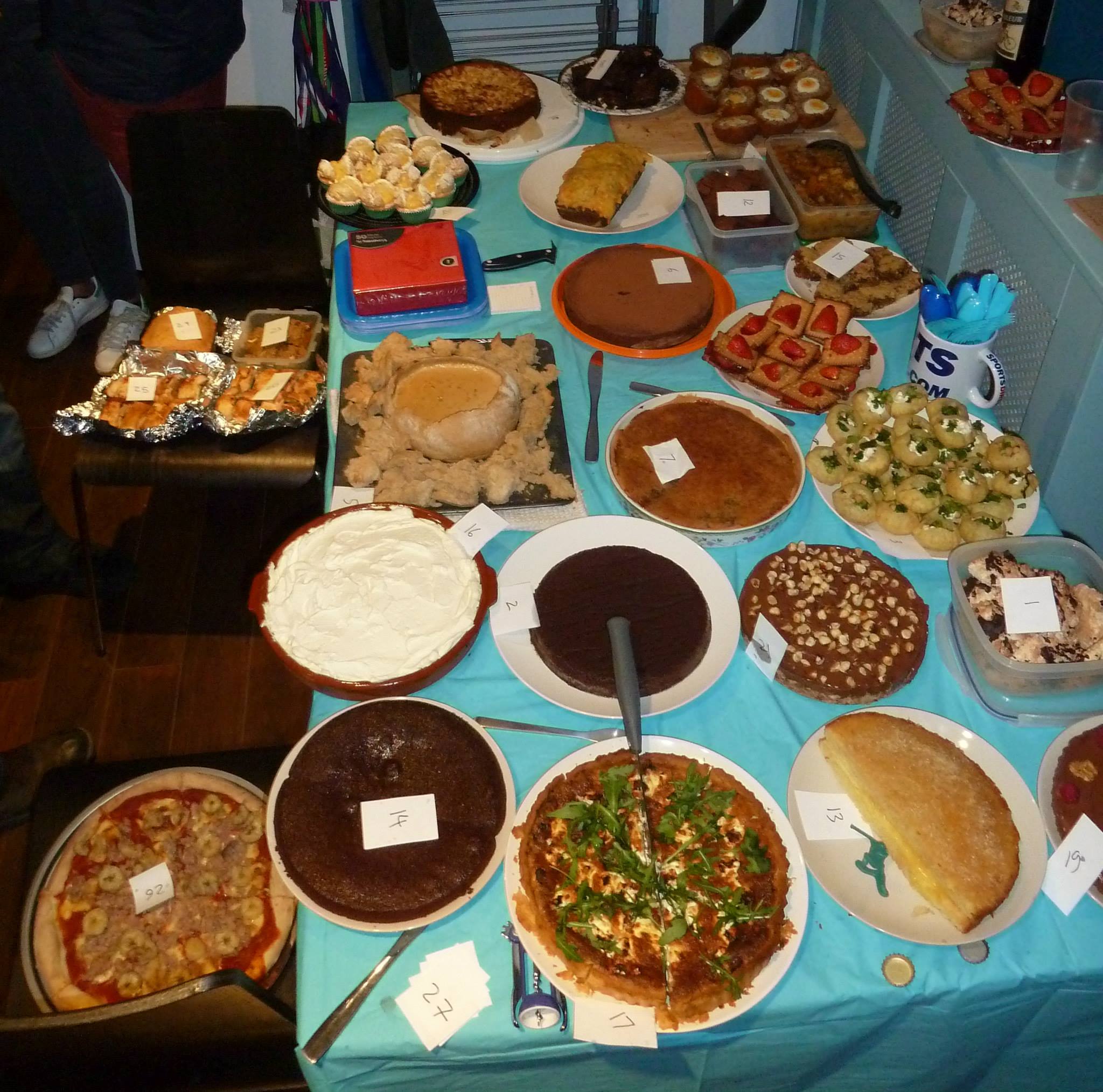 Good nutrition being one of the pillars of sports performance, the brave and the hungry met for a night of showing off of cooking skills and carbo-loading in the now traditional TriLondon Bake Off in its 2015 edition.

Last year’s counted 30+ people and 22 dishes, and this time it was more than 40 famished folks enjoying 26 entries! It was hard work tasting everything, so some ended having one for the road at the Vine. 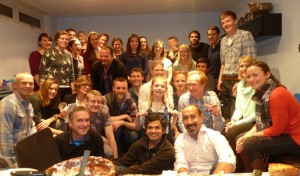 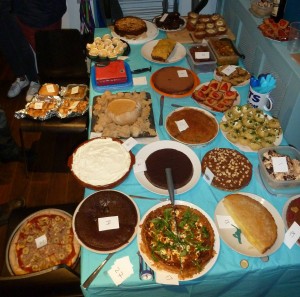 Big thanks to Amy, Alex and Etty for being fantastic hosts. Kris Boye even made the journey over from Denmark to check that the standards of baking haven’t dropped this year! Thank you to everyone who attended and made it a very fun social evening.

Thanks to Mauricio & Alan for the report & Mauricio for providing pictures! 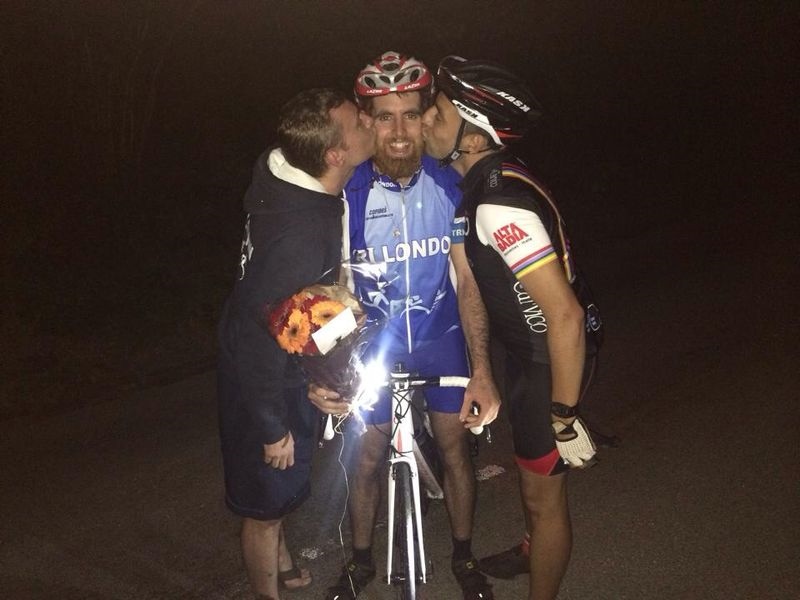 Greysteel man Ciaran O’Hara was in relaxed mood  yesterday after completing a mammoth cycling challenge in England at the weekend.

Well known by cycling enthusiasts, Leith Hill, in Surrey, is one of the highest points in the south of England, at 993 ft. In raising money for the Foyle Hospice, Derry man Ciaran didn’t just decide to cycle up and down the hill once, but instead a whopping 78 times – making the distance covered on his bike on Saturday the equivalent to a climb of Everest.

It isn’t the first time Ciaran has undertaken a challenge known as ‘Everesting’ having previously mastered an Olympic route at Box Hill.

Having only moved to London in June last year, Ciaran has also built up a strong network of support as a member of the Tri London group of triathletes. Known as the ‘Irish General’ in his role as cycle co-ordinator, the Greysteel man helps motivate those who attend weekly training sessions at London’s Regents Park.

However on Saturday past, it was their turn to motivate him as he undertook the major challenge.

“The support was great,” Ciaran told the Journal yesterday. “Some people were there before I got there in the morning.” Ciaran began the cycle at 6am on Saturday morning and completed the challenge at 10pm on Saturday taking only two main breaks during the course.

“I only took up cycling two years ago, but sport has always been a big part of my life at home growing up with Gaelic and now here,” he said.

Ciaran’s decision to raise money for the Foyle Hospice was based on his family’s experience with the local organisation. Last week, his grandmother Annie Feeney, who had experienced care in the hospice, passed away. Ciaran’s uncle Michael Feeney had also been cared for in the hospice. He died in 1998.

Ciaran’s club friends at Tri London have nothing but admiration for the Derry man and were there to support him every step of the way on Saturday.

Fellow cyclist Jon Tunney said: “A triathlon club has some pretty fit people involved, but even by our standards what Ciaran was doing was pretty amazing. We call him the Irish General because of the way he orders people around in the bike sessions, but you can tell how popular he is by the fact that some club members set off at 1am to be waiting for him on the start  line.” 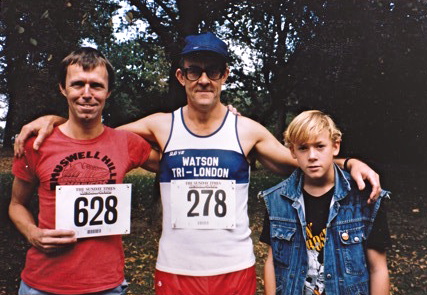 The club recently learned of the passing of Will Watson, one of the founding members of Tri London.

“Very good to hear that Tri London has kept the mission of being friendly and encouraging. I remember Will training in the men’s ponds in Hampstead Heath with Andy Colvin and competing in the Nice Triathlon the year Mark Allen won. We all went down and camped there to support him. We left school on Friday afternoon at the beginning of half-term and drove down through the night to get to Nice in time for Will to register on the Saturday and then set up camp. The motorways were not then in 1990 what they are now.  Nice to remember those times.”

The club extends its condolences to Will’s family. 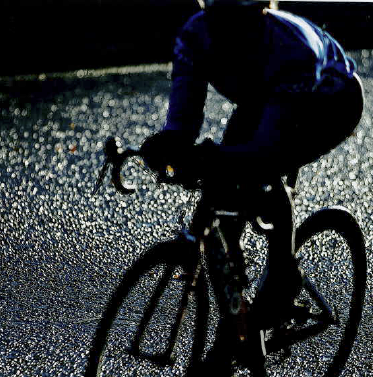 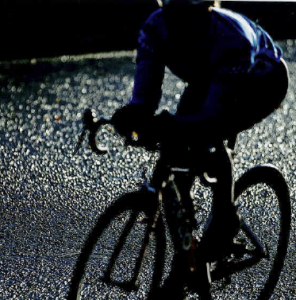 Check out the article in the Sunday Times magazine on endurance women attached, where our very own Melissa Brand and Roz McGinty are interviewed.