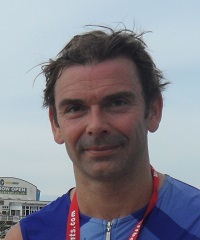 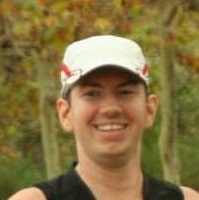 I started triathlons in 2011 as a way to get into swimming and running alongside road cycling – having turned to the dark side from mountain biking in late 2010. I completed a full Iron-distance tri in 2013, and then joined Tri London later that year to try and find like-minded people to keep training with.

I did my first triathlon nearly 10 years ago after watching a friend complete one and thinking “that looks fun!”. Since then it’s been a journey from sprint triathlons right through to completing my first Iron-distance in 2017.

My favourite element of triathlon is the chance to meet new people, the challenge of improving my swimming, and discovering the countryside on my bike.

I joined Tri London in 2015 after becoming hooked on triathlon after my first sprint in 2013. It’s safe to say since joining the club, triathlon has become a major part of my life through not only the training and racing but also the social side. It’s been the best way to make friends in the local area and I love being part of a community of people who don’t think you’re completely insane to enjoy spending your weekends running on muddy trails, cycling to find a good coffee or swimming in the local reservoir (and perhaps finishing off with a pint in the pub)!

Being part of Tri London has pushed me to achieve more than I thought was possible – from being a reluctant runner and novice cyclist, I’ve been fortunate enough to participate in several World and European Age Group Championship and complete two Ironman triathlons. As a result I’m on the committee to try and payback some of the support and guidance I’ve received from amazing club-mates and hopefully encourage a few others to give more races a go! 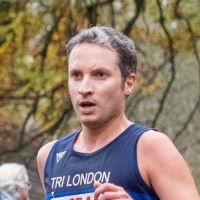 I got intro triathlon about 5 years ago after a friend kept telling me how great it was.
My sporting background is quite varied as I’ve been playing tennis since I was a kid and love skiing among other things. As a kid I hated running and now I just look forward to long runs. I don’t race much but I do enjoy the training part a lot (and helps burning the burgers and beers…). Having said that I took part to quite a few of the winter’s cross country races with the club.

I’ve been a member of Tri London for about 3 years now and I thought I’d try and give something back to the club, ideally looking for coffee stops during long rides! 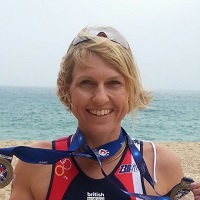 Chris first joined the club in 1996, and was Club Chairman for three years.

He has raced triathlon over all distances including three Ironman distance.  He also races in Road and Trail races, Ultra marathons and Swim Runs.  He’s a Sports Therapist of 20 years, mainly treating runners, athletes and cyclists.  He’s also a level 2 Triathlon coach and likes to focus on biomechanics and injury avoidance.

He is still active on the committee, now as club Run Co-ordinator. In this role he runs the Tuesday Hills session and Thursday morning runs, along with longer runs on the weekend.  He also looks after the Cross Country team which races in the Essex Sunday League.

Chris is always willing to help and advise members, and helping members to participate in club training and racing.